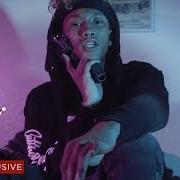 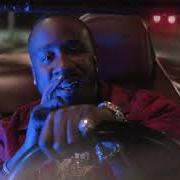 I'm a Christian Dior shirt rocker, two Glock wearer
Only rapper that would've thrived in the 2
Pac era
I'm talkin' '98 drug money, shoebox era (Shoebox era)
I proved my point once, in every take, the proof got clearer
Y'all niggas make threats (Huh), we take killers and take bets
Fuck with us and end up bad like dope you can't stretch (Hah)
Twenty somethin' years in it and ain't make a mistake it
If you ain't spendin' half an M, ain't no way to relat? yet
Mob ties, I'll prick your finger b?fore I connect you (Gang)
I know some niggas that rather kill you before they respect you (Ah)
And fuck rap, me and my niggas sold boy as professionals
They say it's time to eat again on this Oyster Perpetual
Scars on my body still (Still), they think I signed Illuminati deals (Illuminati deals)
'Cause this paper talkin' to me like it's Johnny Gill
I push weight like I bodybuild (Bodybuild)
I let the bitch slide, her attitude fake but her body real (Let's go)
I'm on point when my enemies not
I shoot with nobody 'round me like a penalty shot (Boom, boom, boom, boom)
When niggas' traps was warmin' up, mines was literally hot (Mines was hot)
The promotin' I did, Pyrex should be givin' me pots, yeah
That's how you handle business (Business), got my name in the Guinness (Guinness)
Records, next to ballers and retired drug dealers

Yeah, triple black tints on the Caddy
What you know about bein' out in the Valley? The plug ask you for an addy (Huh?)
I broke bread in the middle of war, y'all took breaks
For a bid and a couple shootouts, I look great (Uh, hahaha)
I ain't with no rap beef, it's Fs on my rap sheet
At eighteen, I had the trap bumpin' like acne
Niggas want the formula, Griselda's the factory
You need a million dollars and an army tank just to match me (What's poppin'?)
Dior, my new habit, lawyers in suit jackets
I'm eatin', with a lot on my plate, so I chew faster
I'm an old hustler but, I'm rich as these new rappers (New niggas)
I'm the Butcher so these new ratchets like two hatchets (Butcher comin')
You got rumors on your name, I got shooters in my gang
I was a mover of the 'caine, you know, pursuin' to the fame
Y'all comparin' me to niggas? (Huh) That's abusive to my name
I sold the dope to 'em, then I watch 'em shoot it in they veins
With my real niggas, this what bein' live means (Live means)
I need a spread in Don Diva like I'm Sly Green (Like I'm Sly Green)
I need a long one in Vegas like I'm Don King (Uh)
Until then, I'ma follow these Bentley high beams (Let's go)
The Butcher comin', nigga